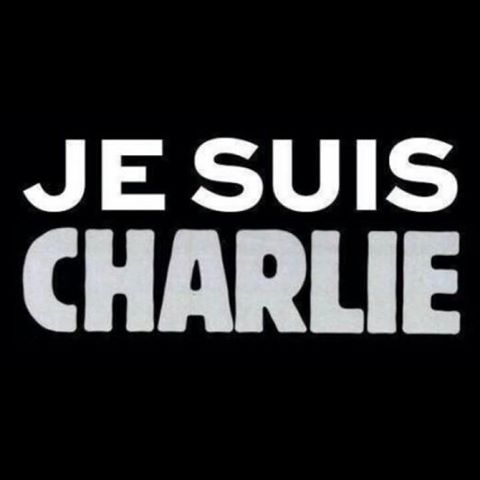 The attacks on the cartoonists and editorial staff of Charlie Hebdo on 7 January 2015 were deeply shocking. We have become horribly accustomed to the brutality of terrorists claiming to act in the name of Islam, but this was personal.
I am not a young person struggling to get an education in Pakistan, so the Taliban slaughter of schoolchildren there on 16 December 2014 was sickening, but remote. Similarly, while the recent Boko Haram massacres of entire villages in northern Nigeria were appalling, these attacks were never going to influence the way I live my life.
By contrast, the murders at Charlie Hebdo were an attempt to censor what I read, and to silence voices that I greatly value. Charlie made a significant contribution to the debate on the place of religion and ideology in a free society, and I am pleased to see France rallying around to show which of the two concepts — freedom of speech or its suppression — has overwhelming majority support.
For more on this see here.
Image of the week / month / whatever 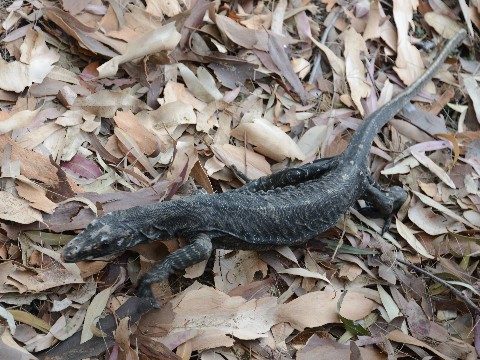 Just for a change from the pictures of birds, here’s a lizard. It’s a goanna (probably varanus varius), seen at West Head in Ku-Ring-Gai Chase (just to the north of Sydney). You don’t get much idea of the scale from the picture, but it must have been about 60cm from nose to tail.
Which Peter Wall?
If you do a search on Google for "Peter Wall", you’ll find that it’s not a particularly uncommon name.
The most prominent by far is General Sir Peter Wall, KCB, CBE, ADC Gen., the current Chief of the General Staff of the British Army. It amuses me to think that someone who knew me as a child might wonder, however briefly, whether he and I might be the same person.
Then there’s the Peter Wall Institute for Advanced Studies at the University of British Columbia in Canada — a gift from a Vancouver businessman named, unsurprisingly, Peter Wall. This Peter Wall is also the owner of the tallest building in Vancouver (I’d always heard Vancouver was a lovely city but now I have another reason for visiting). Because universities tend to generate a lot of web references, the Peter Wall Institute tends to figure prominently in the search results for Peter Wall.
There’s also a former Liverpool football player, the Dean of the Diocese of Niagara, Ontario, a former Junior Mr. World (one of my favorites) and many, many more. And there’s me.
So if you’ve found this page through such a search and you’re wondering which Peter Wall I am, let me summarise: I was born in Cumbria in the north of England in 1951, moved to Manchester when I left school, and emigrated to New Zealand in my early twenties. I lived in Auckland for many years before moving to Melbourne, Australia, and then to Sydney. In late 2000 I moved to the U.S. and I lived in New York for almost 8 years before moving back to Sydney in 2008. If these facts fit the person you’re looking for, chances are you’ve found me.
Friends
A few of my friends have websites, personal or business…
Dermot Bremner has a website for his Transheldrake marine and yacht logisitics and transportation consultancy businesses.
Selwyn van Zeller has a website for his Maths In A Suitcase and Science In A Suitcase businesses.
Gary Stewart has a website featuring his art work.
Heidi Schuster has a website with photos and news (and that annoying dancing baby).
Lily Chang has a photo website, although lately it looks like she’s using it to sell her house.
Grant Poulton has a blog.
Rob Byrnes has a blog.
Will Schenk has a blog.
And of course Hannah and Neil Duncan have a web design and hosting business at 123 2 Web.
If I’ve left anyone out please don’t hesitate to draw my attention to the fact.
About This Website
For information about this website, see here.
RSS feed for this site
Privacy statement for this site
Legal
This website, all text content, formatting, programming and photographs are copyright © 2001 – 2015 Peter Wall.